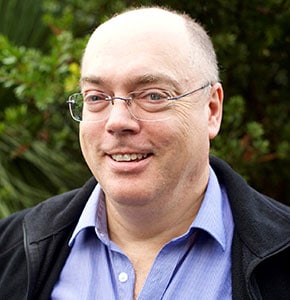 Graham has over 34 years post-doctoral research and research management experience in crop plant genetics, genomics, genetic resource characterization and data management, working on a range of horticultural and arable crops. He has made significant contributions to establishing genomic and experimental genetic resources, using these to resolve a wide range of phenotypic trait loci. He has also been involved in establishing data standards for gene nomenclature and description of genetic resources in community data resources. Throughout his career he has worked closely with plant breeders in the public and private sector, and led major national and international research consortia, generating fundamental knowledge applied to crop genetic improvement.

Graham is a part-time Professor at Southern Cross University, Australia, where for seven years he was Director of Plant Science, establishing a pre-breeding seed genebank for global niche crops and initiating close links with regional producers. He is an Honorary Professor at the University of Nottingham (UK), and sits on the Genomics for Australian Plants steering committee. Gaining his Ph.D from the University of London, he has over 160 refereed publications and has held positions at Horticulture Research International, University of Warwick and Rothamsted Research.

Graham was an elected member of the DivSeek Board of Directors from 2019- Feb 2021, and vice-Chair from Sept 2020-Feb 2021. He was the founding coordinator for the DivSeek Australasian Regional Hub.