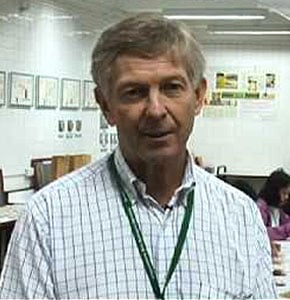 Ruaraidh Sackville Hamilton graduated in 1975 with a BA in Natural Sciences from the University of Cambridge in the UK, majoring in plant genetic resources, plant breeding and plant ecology. In 1980 he was awarded a PhD, also from the University of Cambridge, on genetic diversity in a native forage legume species. Between 1980 and 2002 he worked mainly in Colombia, Wales and Italy on many aspects of plant genetic resources including plant breeding, genetics, ecology, statistics and database design.

In 2002 he was appointed head of the T.T. Chang Genetic Resources Centre (GRC) in the International Rice Research Institute in the Philippines, in which capacity he is responsible for managing the international rice genebank and the associated research on genetic diversity and bioinformatics, including the International Rice Informatics Consortium, one of the “teeth” of the DivSeek Intl “comb”. He has also taken a leading role in developing institutional policies and protocols in IRRI that ensure not only compliance with the Treaty and but also a complete and effective value chain from genebank through breeder and farmer to consumer.