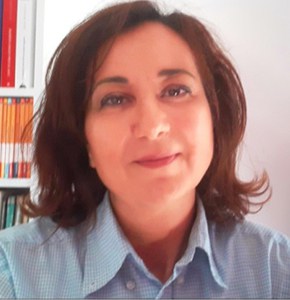 Yasmina is a plant breeder, graduated from Agronomy and Veterinary Hassan II Institute (Morroco), with a PhD in biology from Namur university (Belgium).

Yasmina and her team were awarded with the prestigious Grand Prix Hassan II for Innovation and Research in Agriculture in 2015, for their contribution to the development of new molecular tools for Argania spinosa research programmes.

Yasmina was nominated as the National Focal Point of the International Treaty on Plant Genetic Resources for Food and Agriculture (ITPGRFA) in 2017. At the eighth session of the Governing Body of ITPGRFA, she was elected to Chair of Africa region representatives in november 2019.

Yasmina is currently the Chairperson of the Bureau of the Governing Body of the ITPGRFA 9th session (2019-2021). She has also chaired the Svalbard Avisory Vault International Panel in february 2020.

As a government representative, and a member of the national committee of biodiversity, Yasmina participated and led workshops, side events and plenary sessions, for policy and sciences and contributed to adoption and reporting decisions.

Besides being author and contributor to scientific publications, national and international reports, she has developed a network of partners, colleagues and friends around the world.