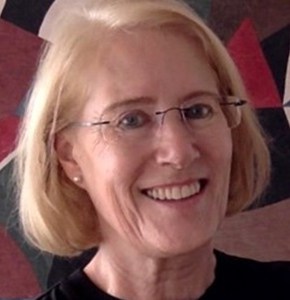 Jane Silverthorne currently serves as Senior Science Advisor for the Supporters of Agricultural Research (SoAR) Foundation and prior to this served as the Deputy Assistant Director for the Biological Sciences (BIO) Directorate at the National Science Foundation (NSF). She received her Ph.D. from the University of Warwick in 1980 and served as Assistant, Associate and full Professor of Molecular, Cell and Developmental Biology at the University of California, Santa Cruz from 1987 through 2004. Her research focused on the role of phytochrome in the regulation of plant growth and development.

As a Program Director at NSF, she managedthe Plant Genome Research Program as well as serving on the management teams that established the Arabidopsis 2010 Project and the iPlant Collaborative (now CyVerse). As a Senior Manager at NSF, she played a leadership role in the Divisions of Biological Infrastructure (DBI) and Integrative Organismal Systems (IOS). In these roles, she initiated multiple programs, including Metabolomics for a Low Carbon Society (with the Japan Science and Technology Agency [JST]), the Basic Research to Enable Agricultural Development (BREAD) program (with the Bill & Melinda Gates Foundation) and two Ideas Labs focused on photosynthesis and nitrogen fixation in partnership with the UK Biotechnology and Biological Science Research Council (BBSRC).

She has served on multiple international coordination groups, including the OECD Working Party on Biotechnology and the US-EU Task Force on Biotechnology Research, as well as the Vice President of the Board of Trustees for the Human Frontier Science Program and (HFSP) and U.S. Head of Delegation to the Global Biodiversity Information Facility (GBIF). She currently serves as Chair of the Scientific Advisory Board and on the Board of Directors for the Boyce Thompson Institute.

Jane Silverthorne was elected a fellow of AAAS in 2012 and is the 2020 recipient of the ASPB Leadership in Science Public Service Award.